14 And this gospel of the kingdom will be preached in all the world as a witness to all the nations, and then the end will come.  (Matthew 24:14)

We are living in more than just ‘interesting times’. In fact the Bible describes the days we are living in as ‘perilous times’ (2 Tim 3:1). Globally we are seeing an upsurge of persecution against Christians, which is now also creeping in on Western nations as legislation and laws are being looked at by many governments, bringing restriction on Christian activity. Many are seeing this as the thin edge of the wedge, which could eventually forbid free speech when it comes to the proclamation of the Bible.

However, this is not new news to those who serve Christ. This landmark verse taken from Matthew 24:14 is quoted by Jesus Himself, tells us the timing of the end of all things. It simply will not happen until the gospel of Jesus has been proclaimed in every nation (Ethnic group). Faithpointe Church is deeply committed to being a part of this global movement of people being sent to various parts of the world to fulfil their Great Commission calling.  We see ourselves as being SENT ONES, just as Jesus told his followers in John 20:21

21 So Jesus said to them again, “Peace to you! As the Father has sent Me, I also send you. (NKJV)

Today I want to profile some of the people from our midst who are involved in key roles in the nations. 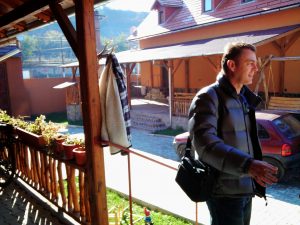 Stewart has been living and working in Romania for over a decade now. He has championed the cause for young men who have often been raised in homes for boys and have no real family that they are connected with. Stewart’s foundation has given them a place to call home and trained them in carpentry and cabinet making – qualifying them through sitting state exams. Stewart has dedicated his life to making a difference to many young men over the years. A lot of this has been done at a personal cost to Stewart as he has sold everything up in NZ to serve God overseas. Stewart has also been involved alongside Harvest Church in Romania delivering aide supplies inside parts of the Ukraine.

This Christmas Stewart is doing a Christmas appeal to help many who are struggling in his local community. He will focus on helping people in the area of heating(winter is coming and very cold in Romania with escalating heating costs), clothing, food supplies and Christmas Gifts.  If you are able to help please send any funds to BNZ 02-0100-0915064-00. We salute you Stewart for the amazing work you are doing! 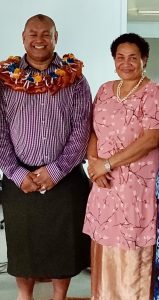 Our Faithpointe pastors in the beautiful islands of Fiji. They work tirelessly to grow the kingdom of God one life at a time. They have their base of operations in Nadi and also have a branch down in Malevu on the Coral Coast.

Of recent times Pastor Samu has also been working with a group of Pastors to spread the message of Kingdom business and Kingdom enterprise.

Please continue to pray and support our pastors in anyway you are able.  If you are able to support them financially please deposit funds into Bank a/c 12-3085-0543189-01 – mark FIJI in the reference box.

Peter has worked in Northern Iraq as a Civil Engineer, rebuilding homes that were destroyed by ISIS. Peter loves a challenge and has always known that he would serve the LORD long term in some of the most challenging nations of the world. We cannot reveal this for Peter’s well being and safety.

Peter’s current assignment is in a very challenging part of the world where persecution is rife and is known widely as one of the most dangerous places in the world to live and work. We pray for Peter’s safety and effectiveness every day. He is not one to shrink back from challenges, so please keep him in your prayers.

Peter is currently assessing infrastructure and water issues. He is looking to bring some of the daily necessities to his part of the world that we often take for granted.

Please pray protection and well being over Peter as he serves the LORD with a heart that truly wants to impact his part of the world.

Raj Kashyap – Mission Mobiliser to various parts of the Globe 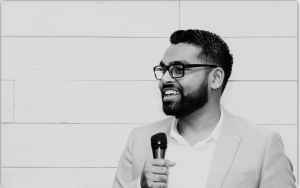 Born into a deeply religious Hindu family in North India, Raj was exposed to all facets of the Hindu religion at a very early age. By the time he was a teenager, having examined the Hindu worldview from close proximity, he got convinced that it didn’t have any satisfactory answers to life’s fundamental questions of Origin, Meaning, Morality and Destiny.

In 2009, when he moved to Brazil for work, he was invited to a church which he attended for the duration of his stay in that country. After three years of critically analysing and questioning the Christian claim about the divinity of Jesus, while at the same time experiencing God’s supernatural love through Christians, in the year 2012, Raj started his new life as a follower of Jesus Christ. In the same year, he got married to Laysa whom he had first met in the church in Brazil.

When he moved to New Zealand, God worked amazingly in Raj’s life and lead him into becoming an active witness of the gospel first in the streets of Auckland and then more recently in the unreached nations of the 10/40 Window. Raj is currently serving in full time ministry as a Mission Mobilizer with InterCP International.

Since 2019, when Raj first stepped into unreached people group missions, God allowed him to travel to Turkey on a church planting trip and then to South India, Brazil and all-over New Zealand on mission mobilization trips. Since then God gave him this purpose to encourage and challenge the body of Christ to partake in the completion of the Great Commission as outlined in Matthew 24:14 where Jesus said, “this gospel of the kingdom will be preached in the whole world as a testimony to all nations, and then the end will come.” May this be the heart cry of God’s global church, “Maranatha! Come quickly, Lord Jesus!” 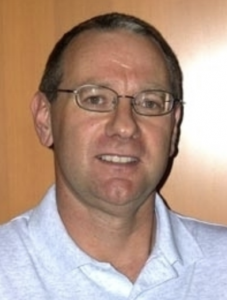 Pastor Phil is the International Director of Church Mobilization. An inspirational visionary and catalyst who energetically injects motivation into the heart’s churches all over the world. His clear prophetic & apostolic ministry. And is at the leading edge of mobilizing churches into cutting edge Global Mission. Phil is also a current Elder and leader at Faithpointe Church.

Phil’s keen understanding and insight into both local and global missions is brings new excitement, clarity and awareness to churches, pastors & individuals. He has an uncompromising passion for the word of God and to serve the church. As a speaker, he triggers both passion and strategy for local and international mission. Providing vision while engaging response to live for the cause.

As a kingdom networker, he has strategically connected churches and ministries all over the world and release thousands on individuals into local, regional and international mission.

For more information on Phil’s organisation go to Church Mobilization 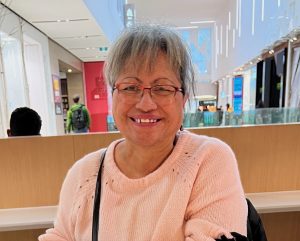 Viv has been working amongst the nations represented in Auckland City for over 15 years. Her work has taken her into schools doing chaplaincy work, working with young mums, ESOL amongst non-english speaking immigrants and also setting up a Trust to distribute food to the community.

Currently Viv directs the NORWEST CARE TRUST which she set up 7 years ago to meet needs in the community. The main role of the trust at the moment is to distribute food parcels door to door in the Massey and wider Northwestern corridor. Faithpointe Church helps support her financially in her role into the community.

Outside of her work in the community she co-pastors’ Faithpointe Church alongside her husband James. 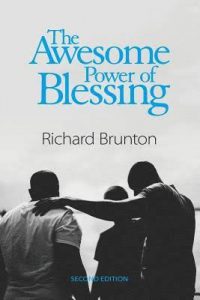 ASTOUNDING! Richard is a retired successful businessman who has listened to God’s voice in prompting him to put his teachings into a small book that has now gone all over the globe. It has been translated to over 30 languages and blessed countless millions of people’s lives.

Richard’s book is an example of the power of the printed word. His writings will go on long after Richard has gone to be with Jesus (praying it is not anytime soon) and will leave a legacy to the many who have been ministered to and impacted by his words.

We salute you Richard for the investment into the nations of the world and the multiplication effect you have had and are continuing to have on so many lives!

You can read all about it here Richard Brunton Ministries

As you can see – Faithpointe House Church Network is reaching into many, many places around the Globe. Feel free to contact any of our people and talk with them about the work of God they are doing in the nations of the world.